Having a built-in expert in sport psychology is rare and is something that not many teams, let alone high school teams, have. But just having access isn’t enough. Coaches traditionally like full control of what goes on with their teams, and have trouble trusting an outside source to teach and implement new skills that they may know little to nothing about. Fortunately for the Franklin HS boys soccer team, Oregon Coach of the Year Ty Kovatch trusted me enough to allow me the time and freedom to implement the mental training plan I have always dreamed of putting into place.

As the assistant coach, I did my best to support the vision the coach had for the team. I was a basic assistant coach: supporting practices, running some drills, training small groups, and more. Within each of these, I tried to bring an element of mental training in the area of focus, positive mindset, communication and more. For the pure mental coaching piece, we did regular classroom sessions and various activities throughout the year.

A strong mental game starts with a strong, positive culture and positive coaching as I wrote about in Part 2. To have a strong culture though is to actively embody it.  We hve to live the traits we espouse. And part of that was having the right mentality. Here are some of the mental training elements that were essential to our run to the state championship.

Just about every team’s goal at the start of a season is to win a state championship, but only one gets to achieve that goal. So it’s important to set process and performance goals and not just set the outcome goal. I asked each player during the preseason what their goals for the team were. As I mentioned in Part 1, we knew we had enough talent to go deep into the playoffs, so not surprisingly the most common answers were: State Championship, PIL Championship, beat Cleveland (our rival who has historically pretty much owned the series), and to go 14-0.

This is a good starting point, but again, most teams have these goals at the beginning. In sport psychology, the outcomes they listed are considered out of your control. What’s in your control is how hard you work, your attitude, your preparation and other things. So, to not to let the goals just sit in outcome mode, my next questions were “How? How are we going to do this? What is the focus day-in-and-day-out that will get us those results? What are the things we need to be and do ‘No Matter What’?”

The photo below shows the process the team decided to follow and the results they hoped to achieve. 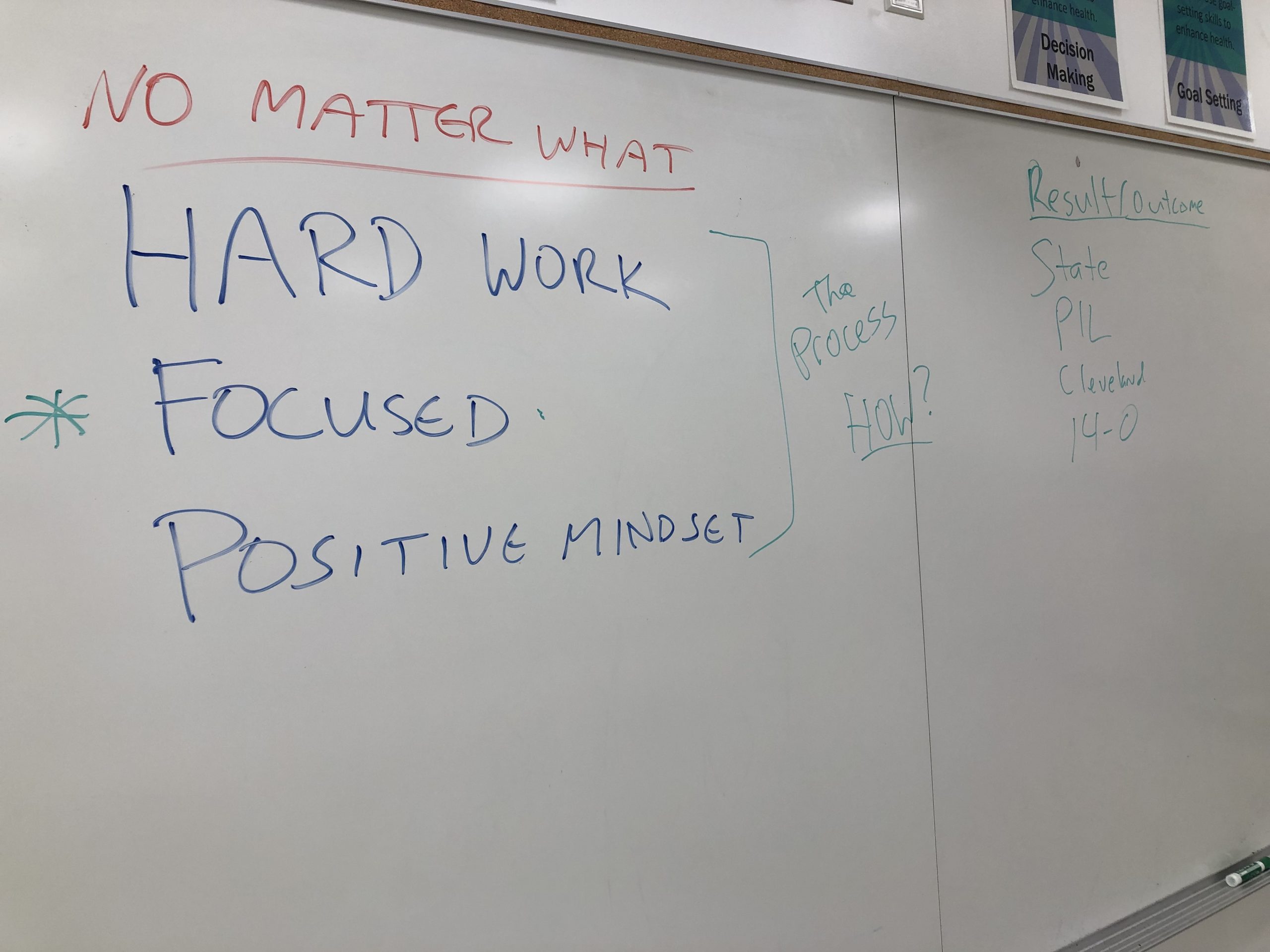 Consistency throughout a season is crucial especially the mental game.  Throughout the season players used The Apex Soccer Journal to set personal goals each month and each week. We had them check in on their goals regularly to stay focused and self-motivated. The book served as the perfect tool, and the players were expected to have it with them at all times like any other piece of equipment! 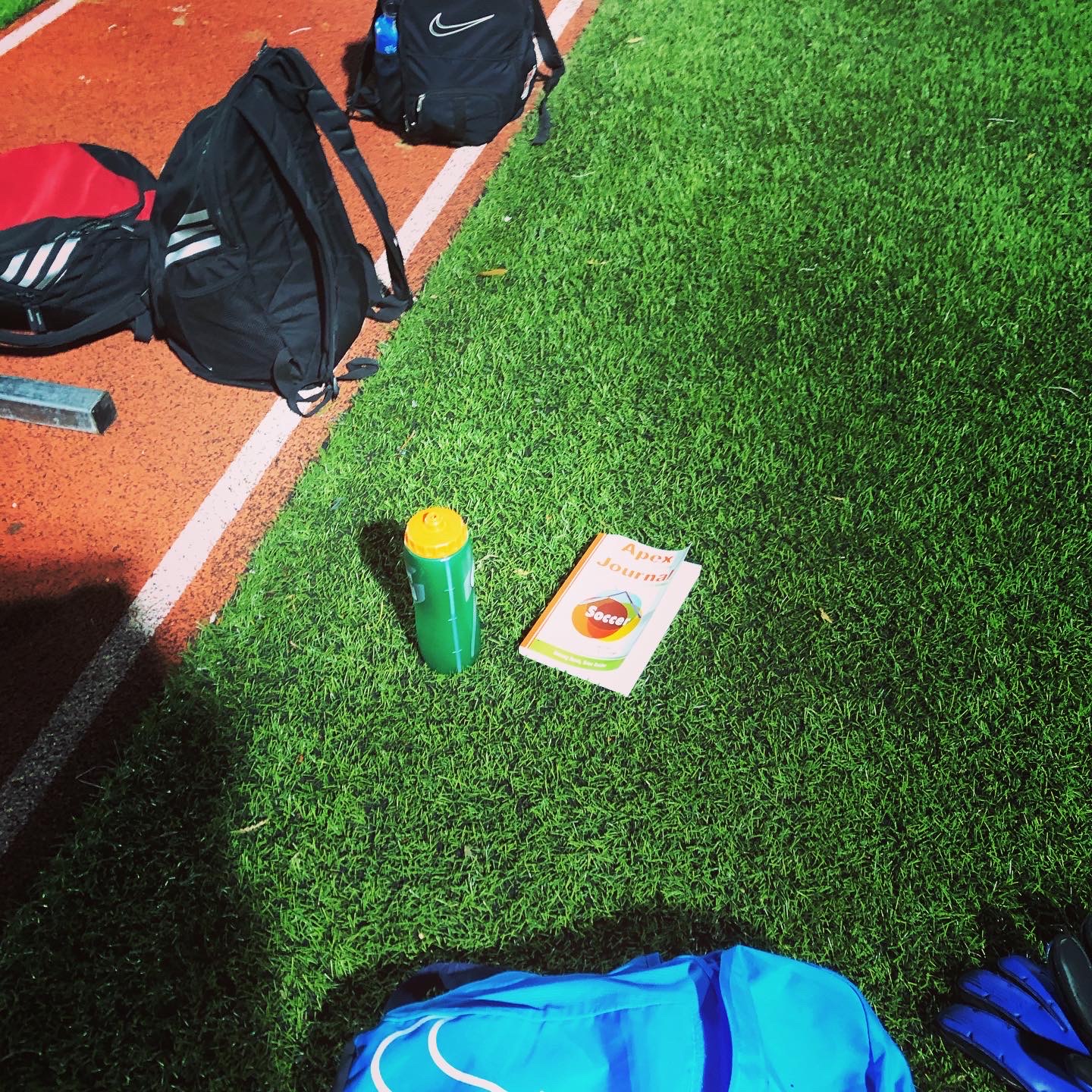 After each game, the journal guided the players through a self-evaluation and also an evaluation of the opponent they had just faced.   This helps by making sure they learn from as many details as possible throughout the season. Not only that, but we ended up facing three teams in the playoffs that we had seen in the regular season.  Because of this, the players had an extra bit of preparation as they could read over their own notes about that opponent’s strengths and weaknesses. In the regular season we were 1-0-2 vs those teams. In the playoffs we were 3-0.

We did team building in two ways.  The first thing we introduced was 6am Saturday practices. No teenager wants to get up at 6am on Saturday. It makes them miserable. But nothing brings people closer quite like being miserable together. Several players I spoke with admitted as much: ‘we hated that you made us do that, but we all saw the results’.

The second thing we introduced was road trip challenges. On our bus trips, instead of just allowing the kids free reign, we implemented structure and reserved the first 30 minutes as time without phones or music.  The goal was to get the kids talking and interacting, to ensure cliques didn’t form over the course of the season, and to talk face to face without screens and without distractions. During that time we created collaborative and competitive challenges to complete.  These activities helped the players not only get closer as the season went on, but to stay focused on those long road trips. As a result, we only lost one game on the road all season.

During the season all the players had access to the Sports Mindset Audio program.  They could listen to these at anytime on their phone. As a team I led various types of visualization exercises throughout the season. Before games we might do skill building visualizations like seeing themselves making a tackle or scoring a goal.  After games we often did recovery visualization to allow dedicated time to process mistakes and dwell on positive things they did in the game. Before training we sometimes did a few short mindset visualizations: to transition from a school mindset to a soccer mindset.  All of this practice culminated in a 10 minute visualization in the locker room at Hillsboro Stadium before the championship game that got everyone calm, confident, and on the same page. There’s no doubt that that final mindset shift helped tie everything together.

So there you have it – a general view inside the mental game of a state championship team. The consistency and attention given to the sport psychology training did not make these soccer players great, but it did allow them to have a certain freedom of mind in the most pressure-filled situations.  The next two parts of the series will focus on adversity and “living up to the cliches.”