“The New Year’s Resolution“ How to set Effective Goals

Have you ever wondered why New Year’s Resolutions so seldom stick? The New Year’s Resolution is about changing human behavior, which is no easy feat. (Trying to change it in the days after staying out all night and having a little too much champagne doesn’t make it any easier!)

The New Year’s Resolutions is a form of goal setting. In sport psychology research, literature, and practice, goal setting is the most consistently proven factor in facilitating peak performance. However, when goals are not set properly, they are not as effective as they could be, and can even be counter-productive.  This is almost always the case with the New Year’s Resolution.

Whether setting a New Year’s Resolution, or just a goal in general, here are the main reasons for failure:

2 – Too hard or unrealistic

4 –  No consistent check in

Let’s take a common example of a New Year’s Resolution that is well intentioned, but destined to fail.

Goal: “I want to get in better shape this year.”

Sounds good, right? who wouldn’t want that? But, as is, this goal is destined to fail because it is 1) too general. What does that goal mean? How is it measured? If you go running 1 time in 2012, compared to 2011, when you went running 0 times, you have accomplished your goal! However, I doubt this is what you had in mind when you set that goal. It is too general; so let’s make it more specific:

Goal: “I will get in better shape this year by running every day.”

That sounds a little better, but will most likely fail because it is 2) too hard or unrealistic. Most people do not run everyday, and missing 1 day will serve as a de-motivator, making it easy to say the next day: “Oh well, I have already failed, there is no way to accomplish my goal, so what’s the difference if I run or not today? So let’s adjust to make the goal more realistic:

Goal:  “I will get in better shape this year by running 3 times a week.”

More specific? Check. More realistic? Check. This goal is pretty good as set. But there are a few other factors to consider. 3) Does this goal account for unexpected events? What happens if there is a weeklong blizzard? What happens if you turn an ankle and can’t run for 2 weeks? These are the kinds of rhythm-breaking events that can derail a goal fast and permanently. So what adjustment can be made to this goal to account for the unexpected? Have a back-up plan so that running can be expanded to other exercise: yoga at home, a Pilates class, and basketball or swimming at the gym are some examples.

Goal: “I will get in better shape this year by exercising 3 times a week.”

This goal is infinitely better than it was in its first iteration, and more likely to be attained. Now let’s consider a couple extra points to solidify this goal further; into a life changing plan. The first point is that, with 4) no consistent check-in, many goals can just drop off your radar (due to the factors already mentioned). A couple ideas can help with this. The first is to make sure you write it down and put it in a place you can see it. Or if you like to write, try journaling on your goal. Even better yet, you can break your goal down into smaller pieces:

Goal: “I will get in better shape this year by exercising 3 times a week in January. I will set a new goal for February.”

Last but not least, make sure there is no 5) lack of support system. Goals tend to move along better with someone there to support and push you in your goal. It might be a family member or a friend or a trainer at the gym. No matter whom you choose, it has to be someone who is not afraid to call you out when you are slacking, and tell you the truth. This person can also help with the consistent check-in.

The New Year is a traditional and natural time to make changes, to improve yourself and your quality of life. Athletes know that this needs to be done more than just once a year. Give yourself the best chance to succeed in the changes you want to make by setting goals properly. The New Year’s Resolution is a good place to start!

Need that support system, or interested in working with a sport psychology consultant on your goal setting plan? Contact SPINw to set up an appointment! 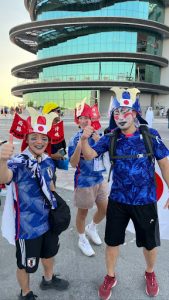 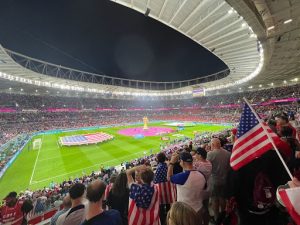